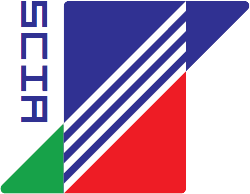 The story of the Flash (RED)

The Dinghy
Flash is a true one-design class with stringent class rules. All hulls, spars, rudders, centerboards and sails are identical. This implies that all sailors compete with the same materials.

The Events
Flash has held her Eurocup since 2000 and Splash has held the World-Championships since 2001 with a girl as winner in 2002 and 2003. In 2004 the Eurocup for Flash and the World Championship for Splash washeld in Nieuwpoort Belgium, http://www.splashworlds.org/. There also national events like Open National Championships in the Netherlands, Belgium, etc

The History
The Flash is evolved out of the Splash. Roel Wester, a very successful single-handed one-design class sailor himself, developed this dinghy together with the renowned designer Koos de Ridder in 1987.

In the past, Splash sailors had to switch to another class (i.e. Laser, Europe) the year they turned 19. As a lot of those sailors regretted having to leave the Splash behind, the Flash was called into existence to accommodate their need.
Every existing Splash can be simply changed into a Flash by replacing the sail. The hull and mast and boom are the same. This makes the transit from Splash to Flash fairly straightforward and keeps costs low. More than 250 Flash sets are sold world wide.

In 2014 there is a complte new sail developed for Flash (RED). This is on the same mast and boom as the Splash (BLUE)